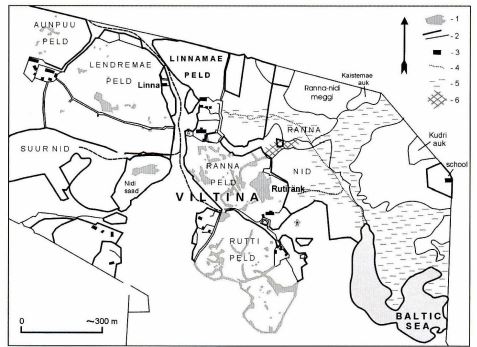 Viltina stone grave was excavated in 1940 due to the plan of constructing a Soviet military base in the southern Saaremaa. For this reason, the excavations were done hurriedly: in course of only two months, over 3200 m2 area was uncovered (by Artur Vassar and Marta Schmiedehelm). The burial site consisted of a larger stone grave without formal structure and surrounding smaller cairns. Some of the latter were not studied due to the lack of time.

The graves of Viltina were situated at the time of their use (ca 980-1300) right at the coast, next to a small bay that was suitable for sea vessels to land. The central stone grave without formal structure, Rutiränk, was constructed of high pile of boulders and may have functioned as a dominating landmark. 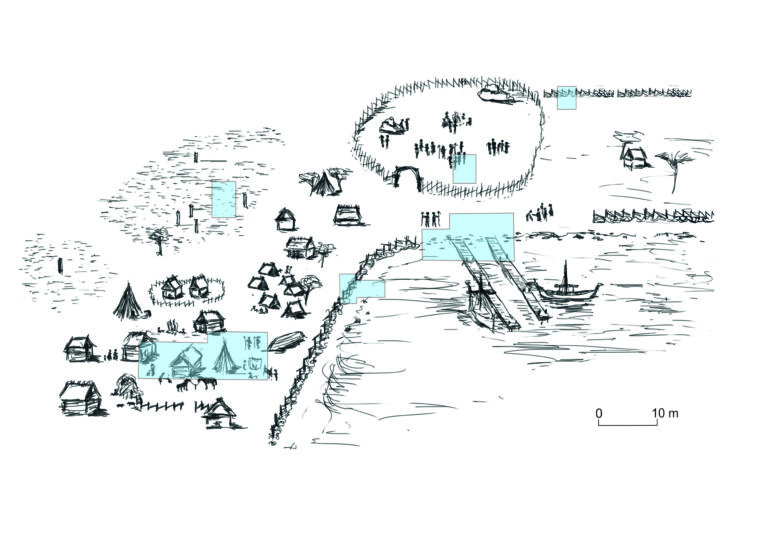 Cremations mostly formed patches under the stones of the grave, but at times the cremated remains were intermingled and spread over larger area. Under the covering layer of stones, at least eight stone circular graves were recorded. The grave goods were numerous, even though the research was carried out in a hurry and without using a sieve. Part of the uncovered jewellery was made of precious metals and the number of weapons or the fragments of weapons was remarkable.

Additionally, there were plentiful ornamented ceramics, including several of foreign origin. It has been assumed that over 100 people were buried in the grave mainly in course of the 11th and the 12th centuries, as 30-50 individual burials were identified during the excavation works. In addition, three inhumations from the 13th century were found.

Numerous boat rivets forming oval patterns were uncovered in the part of the stone grave that was the closest to the sea, still almost without bones or artefacts in the same area. The rivets seem to indicate that used boats were brought to the stone grave, either during the time the burial site was in use or somewhat later. 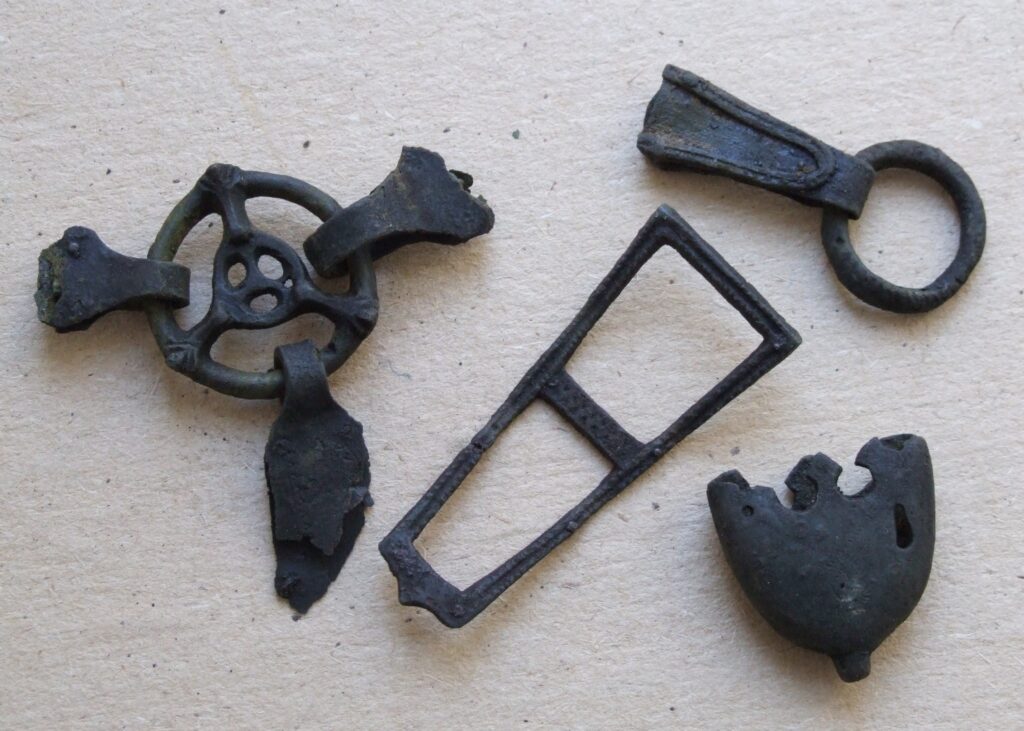 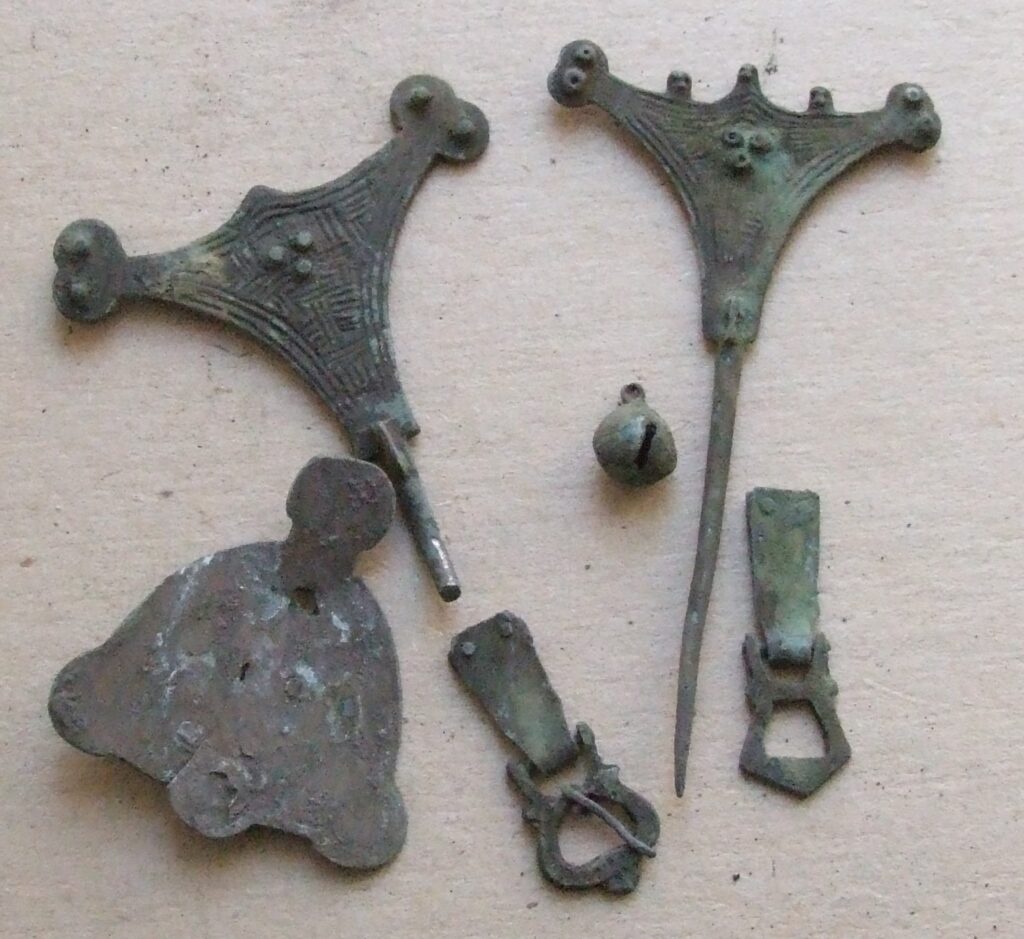 The abundance of finds, as well as the location of the Viltina stone grave several kilometres from large arable land clusters suggest that the burial place was predominantly connected with the Viltina harbour site and presumable assemblage place 50-100 m from it.

THE BODY OF RESEARCH OF VILTINA